Posted on December 22, 2014 by apronheadlilly 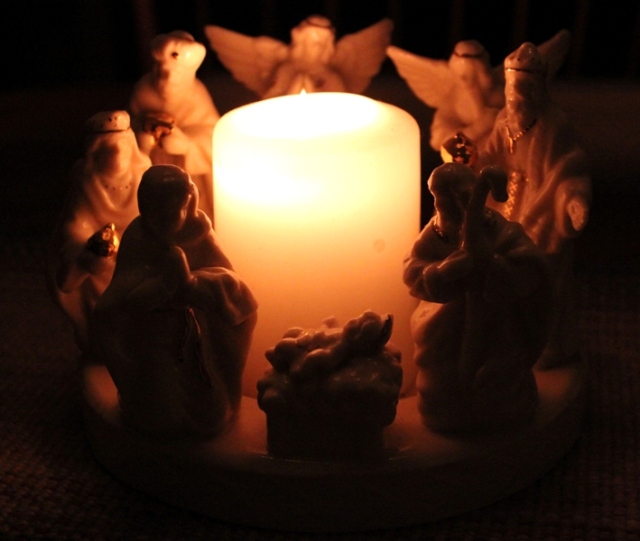 It doesn’t matter if there were three wise men or two or twenty;

what we do know is there were three gifts;

and when they arrived, the family was in a house.

So put the crèche wise guys somewhere in the garage

because it will take about two years till we see them.

It doesn’t matter whether Mary rode on a donkey, a camel, or walked;

and ended up in a stable to deliver the Messiah–

a stable that was probably more a cave than a barn.

It doesn’t really matter whether it was spring or winter

or whether the angels sang or said their praise.

What I do know is that if I heard an angel saying “Glory to God,”

wife and mother, musician, composer / poet, teacher, and observer of the world, flawed Christ-follower
View all posts by apronheadlilly →
This entry was posted in Uncategorized. Bookmark the permalink.

2 Responses to It Doesn’t Really Matter